Following an intensive investigation, RSPCA inspectors and police have uncovered a scandal involving thousands of hamsters bred to supply electricity for one of the leading power companies in the country.

This followed several strange reports, from pet shops and children, of hamsters disappearing under mysterious circumstances. The police decided to set a trap and tagged several new hamsters at the local comprehensive school and waited. Sure enough, there was a break in at the school and all ten hamsters were stolen. With the use of satellite tracking systems, the tags were located at a disused General Generators warehouse, from which emitted a strong smell of urine and soiled sawdust. General Generators is the second largest electricity generating company in the country. A raid involving RSPCA inspectors and police officers was organised. 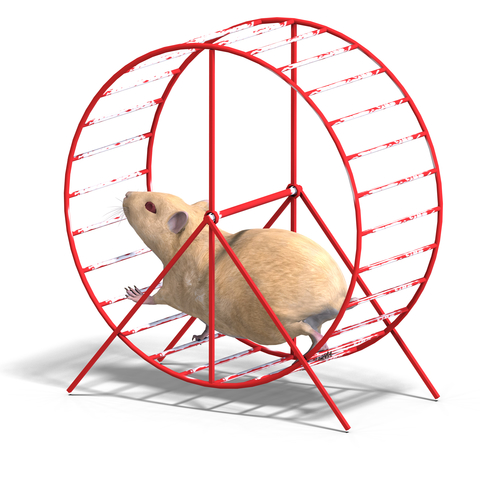 What they found was animal exploitation at its very worst. A massive hamster breeding programme to support, in the words of General Generators, ōa ground breaking natural alternative to burning coal.ö Once they had reached a certain age, the hamsters were put into hamster wheels, which in turn were attached to small generators. By inducing the hamsters to run, the wheels generated electricity, the cumulative effect of which was enough to supply a small village. Water bottles had been supplied which contained a bright orange liquid, later discovered to be that well known human stimulant drink known as 'Orange Hamster'. --> 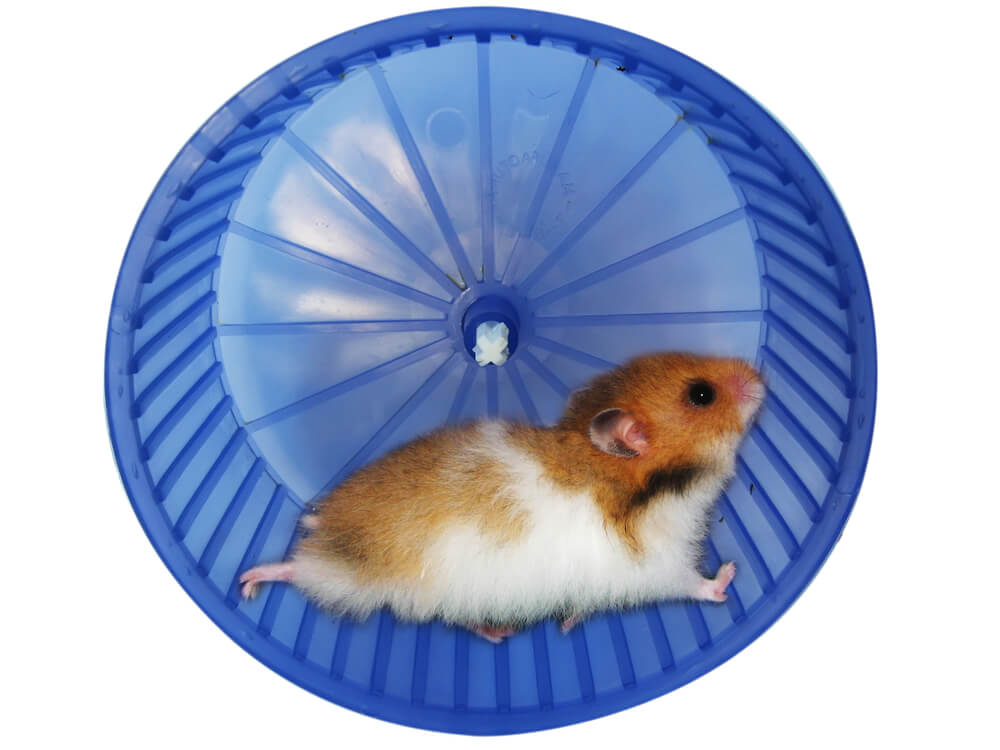 General Generators were cunning in their planning if nothing else. In order to induce the hamsters to run they alternated the sexes, placing a female in front of a male. This meant that the male hamsters in a bid to reach the female were running as fast as they could and the females running as fast as they could to escape. A spokesman for General Generators defended the company's position.

ōWe have to make a profit and the regulator is screwing us down on prices. These hamsters are well fed and get plenty of exercise. People get cheaper electricity. What more could they want? Hamsters like running, everyone knows that. All we are doing is harnessing their natural inclination to good use. People will now just have to pay more for their electricity. We're only trying to helpö

The RSPCA begged to differ.

ōThis is animal cruelty at its worst. The hamsters get shagged out without the shagging, if you know what I mean. Most of these hamsters have been bred in poor conditions, some have been stolen from good caring homes.ö 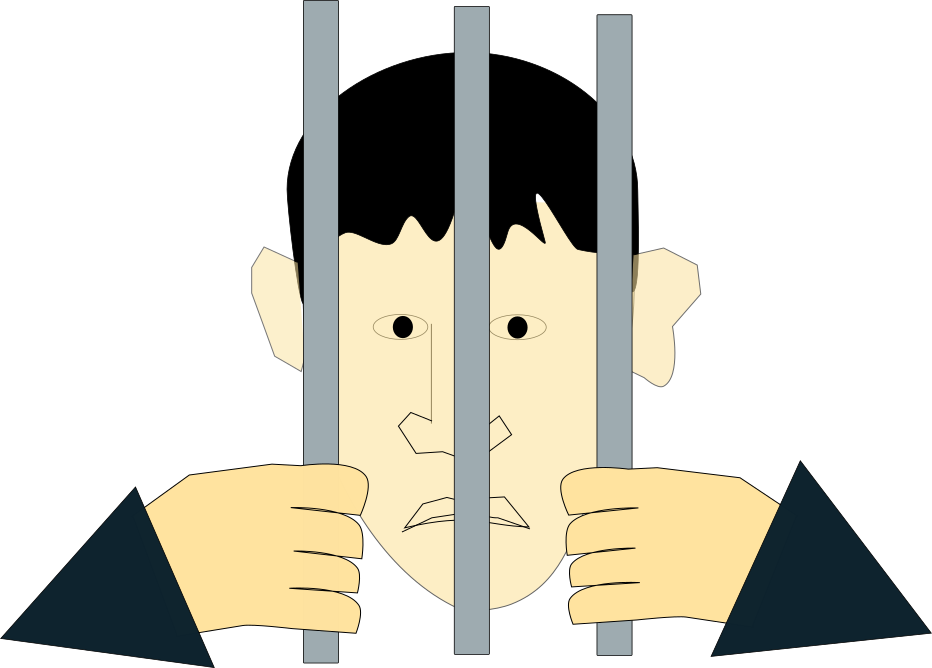 ōAll our hamsters come from reliable natural sources. The breeding pens are kept in immaculate condition, with no criminal activity intended. Obviously, in the case of the tagged hamsters, there is a dubious element involved and we will be looking to root it out and restore our previously impeccable sources.ö

The police confirmed that criminal proceeedings would be brought against the electricity company and promised that where possible, all the stolen hamsters would be returned to their rightful owners. They declined to comment whether a hamster identity parade would be necessary.

This shocking episode has electrified the local community and has sparked off a mass debate over alternative sources of power. What next, birds being attached to windmills in case of calm conditions? Wave power increased by trapping fish and inducing them to flap their tails? Horses on treadmills so they could beat the shit out of them and use it for generating gas. The RSPCA have urged the government to ensure that all alternative sources of power have been checked for animal rights abuse and have offered their services to sit on the boards of power companies.