A secret hoard of Nazi porcelain has been discovered in an hitherto, hidden, underground warehouse in Hamburg. It was uncovered during excavation work to lay the foundations for a new municipal sewage works. 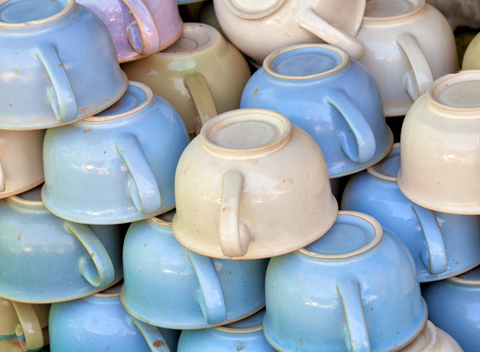 The collection consists almost entirely of chamber pots and is believed to be Hitler's personal collection. Hitler had an obsession with his bowels and was petrified that he would be caught short and have nothing to go on and stocked up on chamber pots in every town and city he visited. Wherever he stayed he had chamber pots in every room. His obsession was such that he had the helmets of the German Army modelled on the shape of a chamber pot. Indeed in an emergency, many a German helmet held the contents of the Fuhrers bowels, giving rise to the phrase, “all Germans are shitheads” and the name jerry as a slang term for toilet.

Hitler suffered from severe flatulence and this may have compounded his compulsion to be near a chamber pot, giving the unpredictability of a wet fart. Whilst these would normally be 'silent but deadly', he lived in constant fear of that awful sticky feeling of a full blown follow through and constantly urged Eva to make sure he had plenty of clean underwear. He did have some favourite pots and sometimes couldn't make up his mind which one to use and would hover at the last minute usually leaving him caught between two stools. 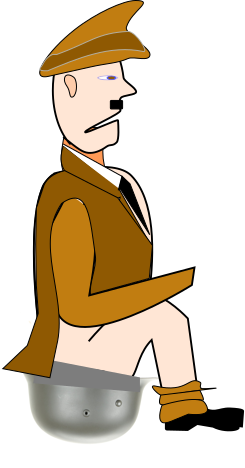 Social archeologists became excited with the find, when some of the pots were revealed to contain what looked like remarkably well preserved, organic matter.

“We can now maybe see what sort of diet Hitler had. He was reputed to be a vegetarian. Maybe now we can prove it and see exactly what his diet consisted of.”

A spokesman for Antiquitaten Informationgruppe, the German version of the Antiques Roadshow says,

“If this is genuine Nazi memorabilia, then it should fetch a good price. Old porcelain will always hold its value. If the potties can definitely be tied to Hitler, then the price could go up like shit off a shovel."